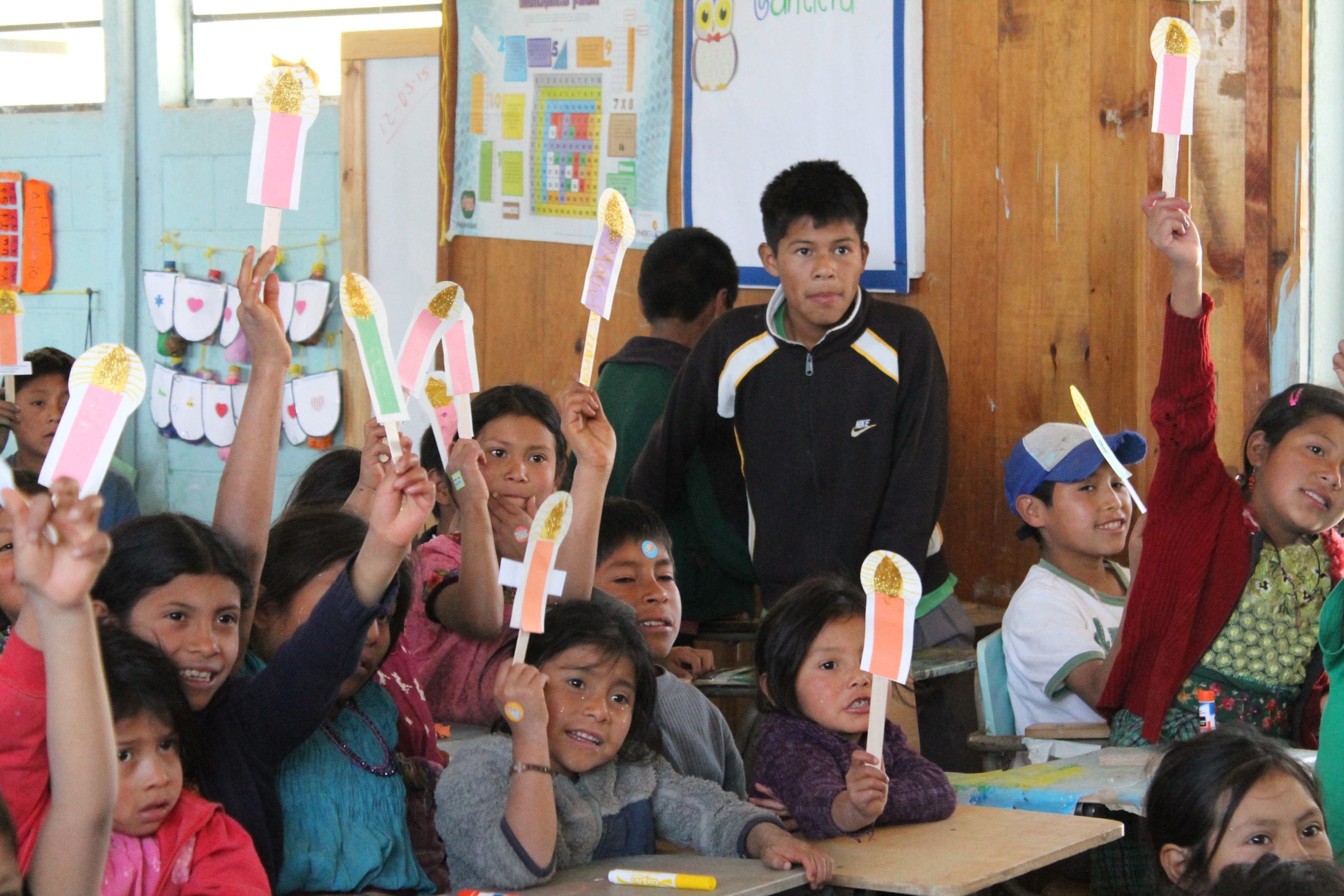 The day of being a rubberband has come; for me, for them, for everyone. Everything from a day that started with things not going according to what we had planned, to the meals that were going to be given today. All in all a skeptical situation. Time wasn’t our friend as we had a short schedule at the village of San Antonio. Families missing one another back home and just the simple thought of the days are numbered until we leave. The one that I feared the most though was “how can I teach these kids your word Lord?” 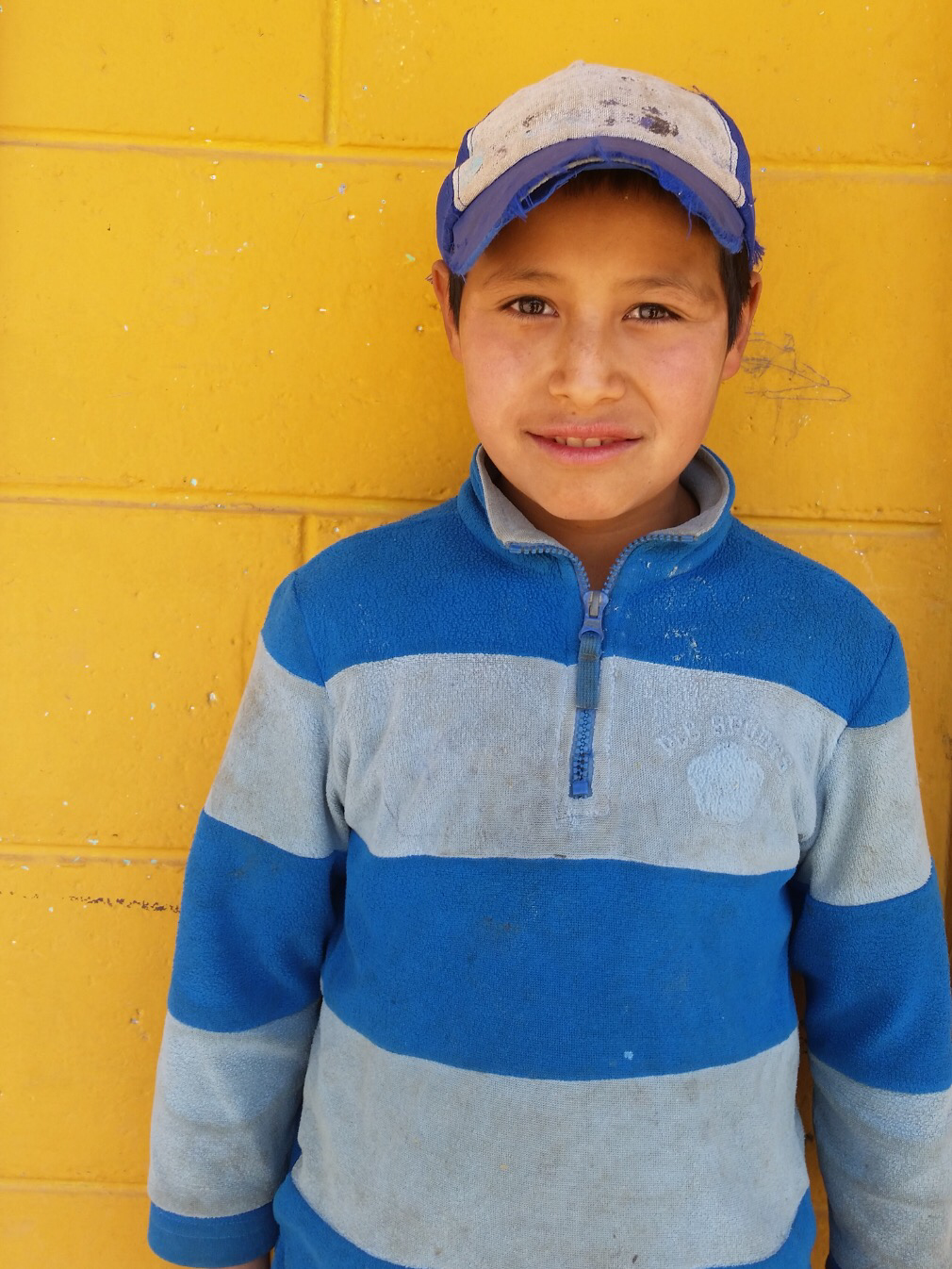 When we arrived at the village, the sense that everything was perfect came upon me though. It was just like God wanted us to have it though, telling us “stand down soldiers”. In the midst of a human nature crisis where one thinks he can’t control something and feels weak, useless,helpless; He steps in as always. It has been a busy week of working and preparing things, but today He told me “enamorate”. You see, that word is something you hear often in Spanish, yet it isn’t always something you hear in a public setting. The word “enamorate” means “fall in love”, to “fall in love with.” That’s exactly what God was telling us today. We had a great day of doing nothing but playing with the village, loving on them at a slow pace, a pace that can only be ordained by Christ. The love that has been shared by Christ through us has definitely been received by the village.

Yesterday we had a lesson that taught them about Jesus being our guide. Although, because of the language barrier between my Spanish and their Spanish, I wasn’t sure how much was understood so I didn’t exactly know where to start on today’s lesson. I will tell you though, when you pray, it works. but more than anything, prayer works FOR you. The lesson scriptures  for today were  John 3:1-8 and 2 Cor 5:17. It spoke about being a new creation in Christ and how we become cleansed when we surrender our lives to Him. To give you a visual though of the lesson ,God used balloons. The kids saw a balloon that I had in my hand that was inflated while the one in my pocket was untouched. The exact verbiage that was used can’t be remembered for the simple reason that I had no control over my mind or body at this time. I wasn’t speaking to the kids at this time, God was speaking to me while the kids heard Him speak to me. I can merely tell you that the words that came out of my mouth were along the lines of how when we commit a sin, we need to ask Christ for forgiveness. Back to the balloon! I held the balloon up in the air and made the demonstration of popping the balloon. I told them that when we come to Christ, we pop, we surrender the old air that filled us up and we are now a new slate. The funny thing is that it took me twice to try to pop the balloon; that reminded me of me. It’s in those times that Jesus wants us to surrender our lives, but much like the balloon, we don’t want to.

When the balloon popped though, it was nothing but a mere outer shell, a bunch of carcasses with nothing to fill their void. As I dug into my pocket to retrieve the untainted balloon Christ told me that the more and more we read His word, the new balloon would be filled with His Word. One puff of air into the balloon causes it to become unglued from itself. Another puff of air makes it expand, another causes it to expand even more, and another enlarges it even more. By the time you know it, the balloon is filled with His breath, His Word, and most important of all, nothing of me.

That lesson wasn’t for them, they just benefitted greatly as they saw what God is doing in someone else’s life. He’s showing us to be more like Him on this mission trip with Mission Firefly. He is reminding us that prayer isn’t something to do when you need miracles, but it’s something to do on a day to day basis. When we have questions about something, we go and ask our neighbors, friends,family, and/or counsellors for help. Who is it though that we should be asking help for though? This day was a lesson that was needed to be learned by everyone today. When you ask Christ for the help you need when you’re stumped, He does nothing short of miracles. And in those miracles, everyone sees the glory, the beauty of His Love so that not just adults can understand, but also so that kids of all ages and widows can understand. In the end, the lesson taught me much more than I expected. Most important of all at the end, a little girl came up to me and said “gracias por ensenarnos eso” which means, thank you teaching me that. Those words were the same words that I was telling Christ as the lesson was concluded with prayer.